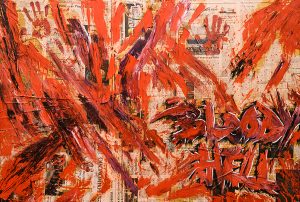 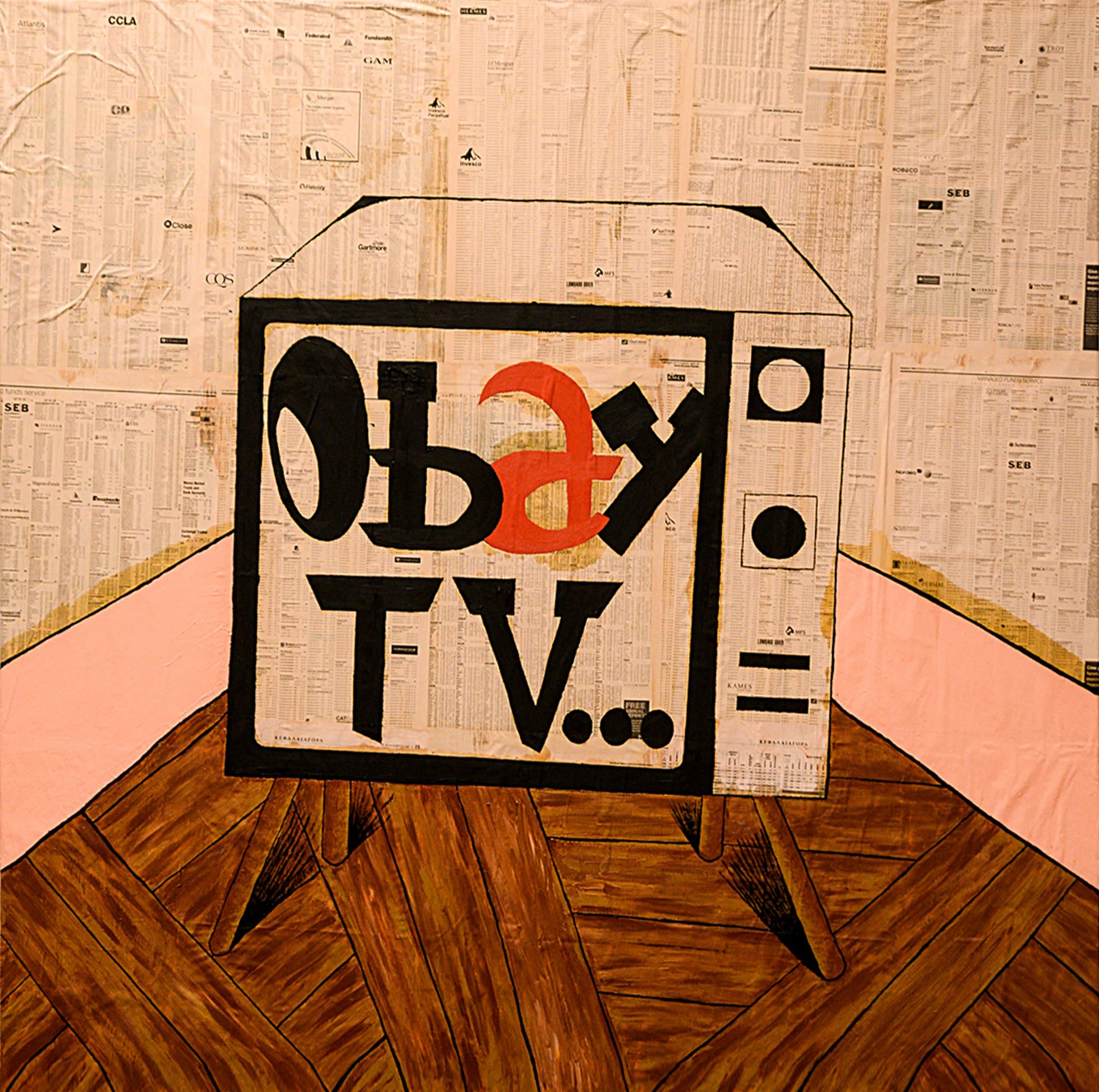 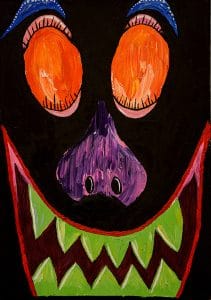 This painting, which is one of the Artist’s personal favorites, was inspired from the artist continuous skepticism about TV and Popular media in general, in particular as to the messages that they pass through to the general population.

Messages and subject focuses deriving from news shows, advertisements and even subliminal messages deriving from entertainment shows. Essentially, TV the original popular optic & acoustic device before the rise of personal computers, social media and the Internet became a powerful weapon for governments, political parties and major corporations to hypnotize and make the general population obey their often not direct and subliminal messages like herds of farmed animals.

The ‘Obay’ part of the tittle is written wrong on purpose in order to highlight the point that ‘people will believe anything they are told to be the truth’.

The technique used here is ‘Financial Times’ newspaper sheet background with a design and letters created with oil colors. The painting is part of the collection of a private collector in London, England.

Brought to you by WisdmLabs: Expert WordPress Plugin Developer